Told you I was going to do it: 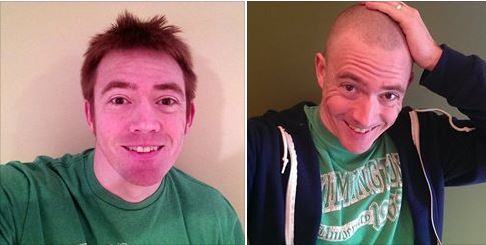 Shout out to the LIS Brave Shavers, the LHS Bald Buddies, event organizers Drs. Mike and Melissa McCue, host venue Amalfi’s, and all the Lawrence Township Public Schools teachers, administrators, staff, students, parents, and community members who came out to support the cause.  According to the event site, as of 9pm today we nearly doubled the stated goal of $75,000, raising over $136,000 for childhood cancer research, a figure that will undoubtedly go up in the coming days as they count all the cash and check donations not collected online.  The show of support for this event is just one more reason why I am immensely proud to be a part of this community.

Update, 3/16/15: According to an email from the organizers, the current total stands at just a few dollars shy of $140,000, with more still coming in.  This event is now the 18th-highest earning St. Baldrick’s event in the nation and 1st highest in NJ for 2015!

Update 3, 4/15/15: Evidently the donations have kept dribbling in over the month since the event!  The Lawrenceville St. Baldrick’s group announced today via Facebook that they have surpassed the $150,000 mark.  This will be my last update to this post regardless of how much more money comes in, but suffice to say that the donation ripple effect is wide-reaching with this event in this community.

Also, my hair grew back a lot faster than I thought it would.  I already need a haircut.

Shaving for a Cause