This past week, tech journalists across the web celebrated the tenth birthday of the hashtag.  While they are ubiquitous across social networks now, the hashtag as we have come to know it originated, as have so many other major events and movements of the last decade, on Twitter:

how do you feel about using # (pound) for groups. As in #barcamp [msg]?

Despite the fact that at that time I was a teacher on summer break, I consider that time period to be one of the most significant times in my career.  Having started experimenting with blogs, wikis, and many other emerging “Web 2.0” tools in my teaching in the year leading up to summer ’07, that summer was when I took my deep dive headfirst into the world of the read/write Web and social networking.  I, along with a cohort of other early adopter types, created a Twitter account, and very quickly we teachers, professors, and administrators began to find each other. 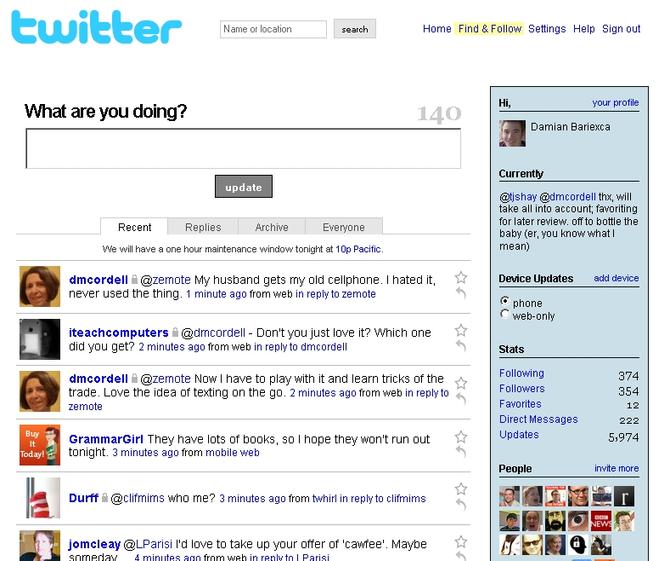 2007 was also the summer I started this blog; after some fits and starts throughout July, I finally pulled the trigger on both my Twitter account and my first blog post in early August.

At the risk of sounding cliche, it is truly amazing to look back and consider how much has changed.  At that time, my wife and I had both just turned 30, I was about to start my eighth (and what would be my final) year of teaching high school English, I was less than a year away from completing my graduate degree in school psychology, and I was still a relatively new father of a two-year-old, with one on the way.

In the years since, a lot has changed, both professionally and personally.  My six-year career in school psychology came and went, I started and finished a doctoral program in educational leadership, and I left the district in which I started my career for three jobs in two subsequent districts.  We turned 40 this year, and our children started 7th and 4th grade this week.  We will be the parents of a teenager this coming February.

But time marches on and change happens to us all.  What is really mindblowing to me is how my activities that summer have so permanently impacted my approach to my profession, and how the effects continue to this day.  Education can be a very isolating profession, even under the best of circumstances.  Connecting with other people through social media was novel and cool, but honestly, I had been doing that since my Bulletin Board Service (BBS) days in the early ’90s.  The concept was not new to me; actually, I think the familiarity of it was what made me so comfortable jumping in with both feet.

Where the true value was was the discussions and sharing of ideas, both through chats (Twitter) and in longer form, on our blogs, back when people still used to comment on them.  I know it can sound trite to hear, “Twitter is the best PD you’ll ever have!”, and I don’t entirely agree with that sentiment on its face, but for me, gaining access to such a vast multiplicity of perspectives, experiences, stories, and professional backgrounds through the people I met/meet there… I mean, how could that not change a person?  When I look back over a career that started in 2000, I really do see the summer of 2007 as a major demarcation.  Pre- and post-summer ’07 is my BCE and CE.

Perhaps I’m looking back through rose-tinted glasses, but it seems there was something different about it all back then.  Blogging – at least from classroom teachers and school administrators working in the trenches – has largely died off (I clearly just don’t know when to quit).  Real-time Twitter discussions that used to bring me fresh ideas and perspectives seem to me to have mostly devolved into individual or corporate self-promotion and banal, self-congratulatory chats rehashing the same topics and fluff phrases (a notable and most appreciated exception is #educolor).

I still find value in the network, I just use it differently now than I did a decade ago.  That’s as it should be, I think.  As nostalgic as I get for the “good old days”, I think it would be worse if I was doing the exact same things with social media a decade down the road.  That might be comforting and familiar, but it’s also stale.

Much of my Twitter activity now focuses on promoting happenings in my district (more broadcasting than interacting), and eyeballing my mentions, it seems that most of the interpersonal interaction I have on Twitter is between and among people I work with – sharing resources I believe will have a direct impact on their instruction and amplifying, retweeting, and otherwise promoting the great work of our staff.

Of course, people in my extended network still tweet interesting articles and resources from the web, and I love it when people tweet passages from books they’re reading.  Even an interesting title or book cover is enough to send me looking for more information; after all, I want to read what smarter people and better educators than me are reading.  It’s how I learn and grow, and the potential and promise of being more than what I currently am is what sucked me through this particular looking glass all those years ago in the first place.  Despite my misgivings and grievances, the benefits ultimately outweigh the drawbacks for me, and ten years and a quarter of my life on, I still wouldn’t give up those learning opportunities for anything.